10 amazing Rainy Day Trips that will make you glad the sun isn't shining! 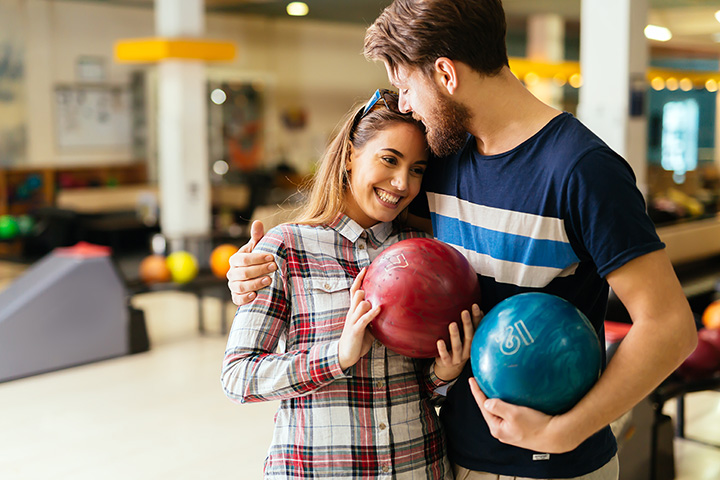 All across the country, parents dread rainy days. The kids can't go outside, so you need to be prepared to either keep them occupied all day or risk them getting cabin fever. Sure, you could keep them occupied with art projects, but at some point you're going to run out of hot glue cartridges and Popsicle sticks. So the next time the rain's falling and you need to get out of the house, here are 11 of the coolest and most unique things from across the country that you can do with your kids.

Check this list for some amazing ideas about things you can do with your kids rain or shine. They're not likely to say no to any of these incredibly cool day trips, even if some of them turn out to be a little bit on the educational side. So don't fear the forecast and plan ahead for an awesome outing to one of these unique places. Watch out though, your kids may want to go rain or shine.

Factories might seem really boring, but these days a lot of them have tons of fun and informative activities for kids. Nobody does this better than the Ben and Jerry's factory in Waterbury Vermont. The factory tour features a stop for historical perspective in the Over The Moon Theatre, an explanation of how all their fun flavors are made, and free samples before an exit to their quirky gift shop. The fun doesn't end there though, because there's also a spooky graveyard dedicated to discontinued flavors, contests in the summer, and an additional snowshoeing tour around the grounds in the winter.

Laser Tag is great, there's nothing quite like zapping folks in a maze and scoring huge points. What could be better than that? Playing Laser Tag in the world's largest Laser Tag Arena of course! Designed by people who've developed rides for Universal Studios, Stratum Laser Tag's 13,000 square foot arena lets you blast away all day. You can find Stratum in Mesa, Arizona, where they offer several rates and deals for time in the arena as well as a snack bar and arcade.

How about lunch and a show? Ellen's Stardust Diner located just off of Times Square in New York City offers good food and retro styling, but that's just the beginning. The entire wait staff at the Stardust Diner has dreams of making it to Broadway, and will sing for your supper, and periodically the diner offers variety shows. Ellen's is open for breakfast, lunch, and dinner so there's never a bad time to stop in.

Bowling is a classic rainy day outing the whole family can enjoy. With the bumpers up the game's accessible to even your youngest, and everybody loves the feeling of a strike! Every alley is different, so figure out what kind of experience you hope to find, whether it's a classic alleyway with league trophies along the wall, or an exciting modern one with flashy animated scoring screens. Check out Arsenal Bowling in Pittsburgh PA for an old school alley that still offers games for just a few dollars in the heart of the trendy Lawrencville neighborhood

5. Ice at The Galleria, Houston , Texas

Ice-skating is a great rainy day activity. So is going to the mall. Too bad they both take up so much time and it's such a pain to drive across town if you have kids who want to do both. What's a parent to do? Well, if you live in Houston Texas the answer is simple: Go to Ice at The Galleria! The Ice is a full service ice skating rink with lessons, freeskating, and weekend parties with DJs located in the middle of a fashionable shopping mall.

Ever taken your kids to a fancy museum only to have them mocking the art? If you want to let your kids flex their muscles as art critics without accidentally insulting a masterpiece, take a trip to the Museum of Bad Art in Dedham Massachusetts. Featuring famously bad artwork from all over the country, the collection includes the worst work made by artists in the country. The collection was built largely with a rule saying no piece should be bought for more than $6.50, and as a result many pieces in the collection are sourced from Boston yard sales and curbside trash.

Do you believe in ghosts? No matter the answer, the house of somebody who believed in ghosts enough to build what is perhaps the strangest house in the country will probably fascinate your kids. The Winchester Mystery House was built in San Jose California after the Civil War by Sarah Winchester, the widow of the man who invented the famous Winchester rifle. Convinced that she was pursued by the ghost of every person killed with one of the rifles that bear her family's name, she slept in a different room of the mansion every night and constantly added strange architectural features like stairways to nowhere and inch deep closets to confuse the spirits.

Rainy days are not usually a great day to visit the zoo, but in an aquarium you can see wet animals while staying dry! Aquariums often offer temporary exhibits that can cover everything from land animals and dinosaurs, to sunken ships and penguins, so be sure to find out what yours currently has on display. The Georgia Aquarium in Atlanta Georgia is open year round and is the largest aquarium in the Western Hemisphere with over 10 Million Gallons of water holding its thousands of fish!

Curling up with a book on a rainy day is hard to beat, and a fresh read makes it even better! And there's nowhere you cand as many books in one place as Powell's Book City in Portland, Oregon. Taking up an entire city block, Book City is the world's largest independent book store, and one day may not be enough to fully comb through the miles and miles of books on display here. If your kids can't find something you like on these shelves, they're not looking hard enough.

You'll probably never see another place quite like Northlandz. Despite having a Z on the end, this massive attraction doesn't try too hard to be hip or cool. It's part art gallery, part doll museum, part pipe organ collection, and also the world's largest model railway. With eight miles of track traveled by hundreds of model trains tracks that cross hand built bridges that link miniature cities and replica towns, there's hours of entertainment to be had just watching it all go by. Located in Flemington, New Jersey, Northlandz is open six days a week.